The Milwaukee Bucks have been a media darling/basketball cult classic for the better part of a decade, going back to the day they drafted former number one overall pick Andrew Bogut. They’ve been the little engine that could because of all of the lovely sports media clichés: ‘small (Midwestern) market’ team with a college basketball-like atmosphere that counters the polished panache of their ‘big market’ brethren. Though the days of Ray Allen and Glenn Robinson were the last period of sustained playoff contention, the Bucks needed a few things to go the right way in order to truly shock the world:

So after falling short of lofty expectations a year ago in spite of a splashy offseason, the 2016-17 campaign was a true national coming out party for Giannis Antetokounmpo and company. It wasn’t completely meteoric, but the rise of the team correlating with facing an experienced Toronto Raptors squad that wasn’t exactly clicking on all cylinders, there was an even greater story just waiting to happen.

Then it didn’t. Truthfully, that’s not the worst thing in the world. Stories of growing pains are actually what make sports so compelling in the long run. On the court, what stands out are the struggles of Milwaukee’s offense and their season-long inconsistency on defense. Yet, the Bucks also made a statement with so much surrounding the court thanks to an aggressive social media team and in-arena promotions.

Goodness, did they pop off or what?

We heard the PA team play the ‘Barney’ theme song during the Raptors introduction. For halftime entertainment, we watched a little girl egregiously and hilariously punt an inflatable raptor over the northern border. The mascot, Bango, kept hammering home the point that the Bucks were playing a team named after an extinct creature. All of this, while troll-tastic, was fun and games.

And then the Bucks’ season went extinct within five nights.

So this wasn’t blowing a 3-1 lead in the NBA Finals… or Election Night (thank you, Wisconsin!). It wasn’t even as stupid as one benchwarmer signing his name on the defending champions’ home floor or another one taking shots at the host city through Instagram. Yet, after the young fan’s kick and dunk show, the Bucks proceeded to lose three straight games after stunning the basketball world with a 2-1 series lead.

You could forgive some of the enthusiasm from the Bucks’ social media and in-arena team. In the current era, teams have to somewhat match the passion and/or aggression of an excited fan base with their hype work.

But at some point, you have to stop and take in the seriousness of the moment. Your team is losing, so instead of going back to tricks that clearly haven’t worked in your favor to frustrate the Raptors, you let the natural tension of building an incredible Game 6 comeback take hold.

But nah, that’s not what you do, right? You act like this is 1991 and Hulk Hogan has to defend America’s honor against the turncoat Sgt. Slaughter.

Correction: THIS is the pettiest thing ive ever seen in the NBA, Bucks playing ‘Bruce Springstein- Born in the USA’ while Toronto shot FTs💀 pic.twitter.com/VXrGduFHlg

Yeah, that’s the way to go. Stoke that cheap heat… and still lose.

So long as the team can acquire someone who can hit a few jumpers, the future is insanely bright in Milwaukee, much more than in past seasons where promise flickered out too quickly. But goodness, the aggressive trolling has got to be earned, too. After all, as much as Toronto tried to give the series away, the sh*t the Bucks popped didn’t reverberate with the Raptors. 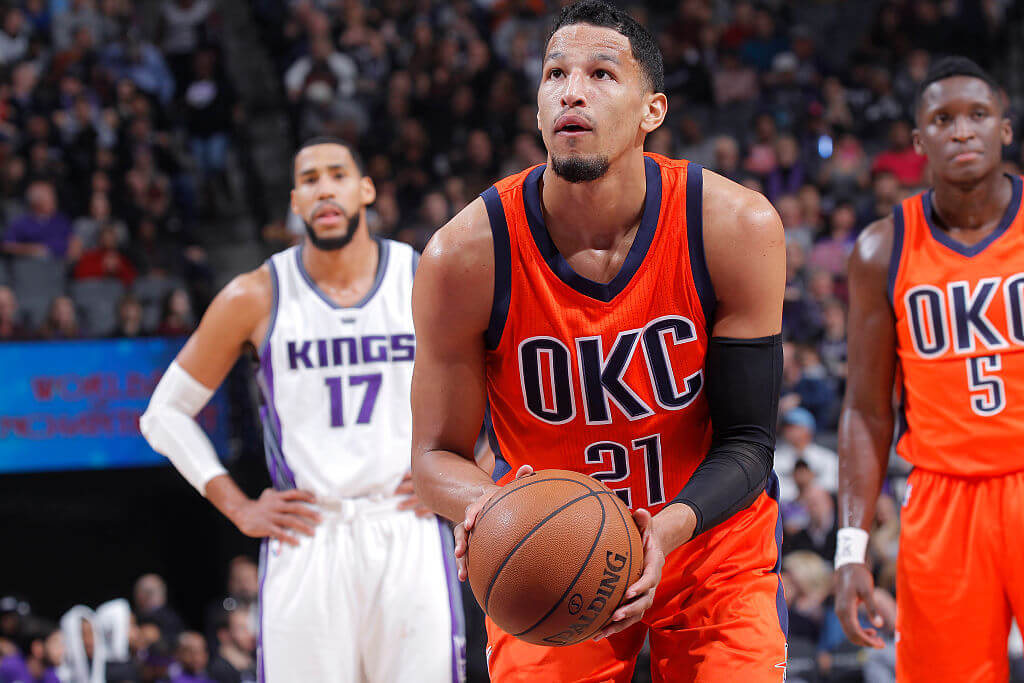 Basketball 40 Night Of Hate: Because I Can Shoot Better Than …
0