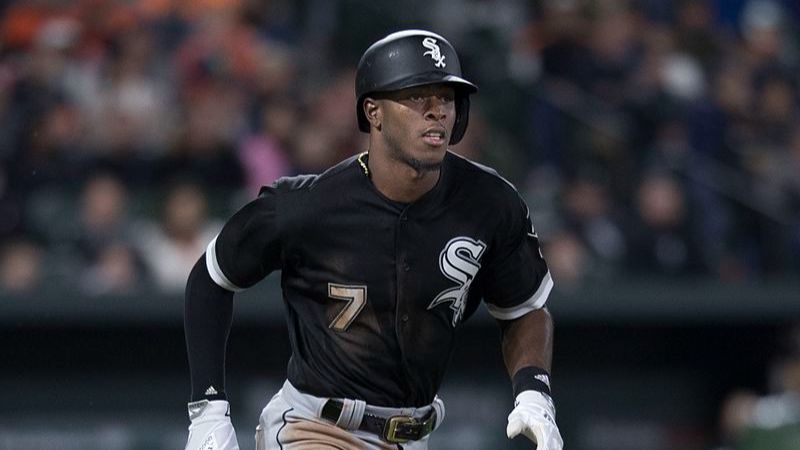 The Chicago White Sox's shortstop Tim Anderson was suspended for three games and fined by Major League Baseball on Saturday for making contact with an umpire after he was ejected from Friday's game against the Oakland Athletics.

Anderson appealed the suspension and was in the lineup for Game 2 of the White Sox's series against the Athletics.

According to video evidence, Anderson's helmet touched the cap of umpire Nick Mahrley. Anderson was immediately warned about the violation when Mahrley pointed his cap in his direction.

Anderson had a previous record of making contact with an umpire. This time, White Sox manager Tony La Russa asserted that Anderson had a strong case.

La Russa said that the video could support Anderson's case. The manager also wanted to see how the league handles the situation.

"It will be interesting to see how they handle it," La Russa said. "I watched some of the video and there's an argument that can be made in Tim's favor. So we'll see."

According to La Russa, there was an argument that the umpire didn't move back when Anderson made contact with him. He also said that the umpire was moving forward, then they bumped.

However, the video, which was first uploaded on Twitter, did not show the umpire moving forward when Anderson bumped him. Therefore, it's unclear if La Russa saw the video evidence that convinced him otherwise.

La Russa was disappointed by Mahrley's quick ejection of Anderson, who argued a borderline strike. He also thinks players should be allowed to be emotional, as long as they don't cross the line.

"I don't think Tim cursed him or anything," La Russa said.

"If you don't allow a player to be emotional, then you just get a bunch of robots out here playing. That's not entertaining. That at-bat, I thought the pitch was questionable. (Anderson) got upset. I think you need to allow players to spark as long as they don't cross the line, and that thing escalated before Tim did anything," he noted.

According to the Chicago Tribune, the White Sox can't afford to lose Anderson for a significant amount of time, as they are in the middle of a tight race with the Cleveland Indians and Minnesota Twins.

Since the All-Star break, the White Sox have been without Luis Robert who suffered from blurred vision and lightheadedness. He was able to play in a rehab game with the Charlotte Knights, but he could not play in the following game due to a cold.

On Saturday, La Russa said that Robert was going to Chicago to get medical attention. Consequently, the White Sox then announced that he would not be able to play in the games against the Charlotte Knights this weekend.

That said, the White Sox need some help in the bullpen due to the injuries to key players such as Joe Kelly and Liam Hendriks. Since the All-Star break, the bullpen has been struggling, posting a 6.75 ERA. The team's bullpen was supposed to be one of its strengths, but it has been inconsistent all season.

The White Sox have been underperforming this season, and they are unable to get over the hump after reaching .500.

La Russa was asked about the team's difficulties this season, and he considered it a valuable experience.

He pointed to the 2006 Cardinals, who were able to win 83 games during the regular season and then go 3-9 down the stretch before eventually winning the World Series.