The Jacksonville Jaguars Head Coach Urban Meyer remained tight-lipped over the offseason about who would be under center for the Jaguars in week one. Trevor Lawrence, Gardner Minshew, and CJ Beathard all saw snaps during games against the Cleveland Browns and the New Orleans Saints. But Meyer finally announced his decision yesterday.

Trevor Lawrence will begin the season at quarterback when Jacksonville faces the Houston Texans in week one. 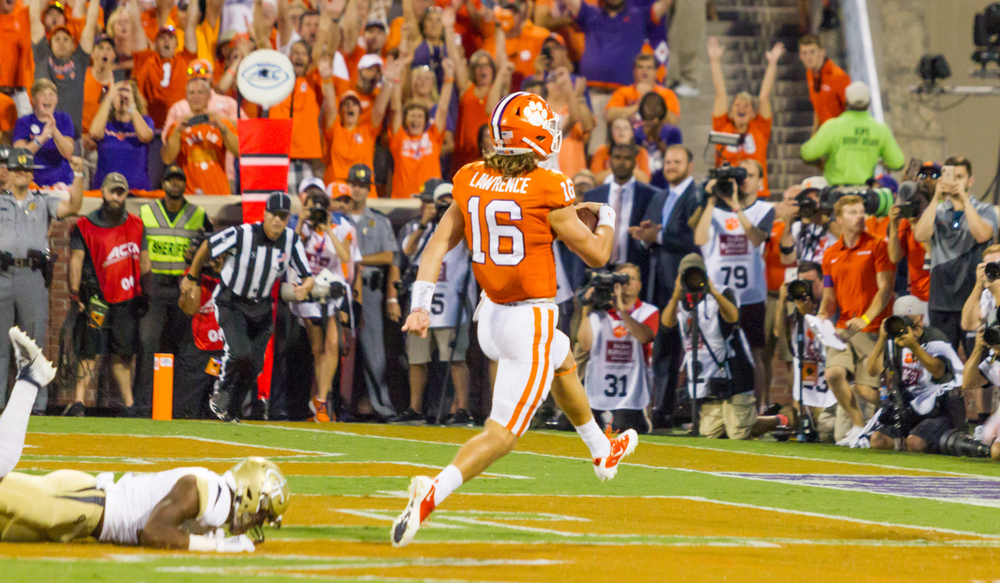 The Jacksonville Jaguars selected Trevor Lawrence as the number one overall pick in the 2021 draft. The former Clemson quarterback was viewed by many as the best college prospect in recent years and unsurprisingly his numbers reflected that. 90 touchdowns to 17 interceptions over three years, alongside an unblemished regular-season record, the fanfare was high in Jacksonville.

However, preseason has had its ups and downs for the Clemson alum. The opener against the Browns began with a sack and a fumble on his opening drive. But after the rough start, Lawrence made six of nine passes for 71 yards to settle the early jitters.

The 21-year-old played the entire half in Jacksonville’s next preseason game against the New Orleans Saints. He ended the night with 14/23 passes completed for 113 yards but was without a touchdown after a few missed throws in the endzone.

The Jaguars start the season against an unimpressive Houston Texans. An inter-divisional matchup where Lawrence is sure to shine as the starter.

Minshew Magic Has to Settle as Backup

With the flowing hair and the goatee, few have the charisma of Gardner Minshew. Whether it's his escapability in the pocket or his quick-witted interviews, Minshew became a fan favorite in Jacksonville. However, he will have to settle as a backup for now in Jacksonville or seek pastures new.

A sixth-round pick in 2019, Minshew was thrust into the starting job in 2019 as Nick Foles broke his clavicle. And he handles himself well for a late-round draft selection. He threw for 3,271 yards and 21 touchdowns in a 6-10 year for Jacksonville. However, in 2020 Minshew was derailed by injury. He’d only play nine games during the regular season because of a persistent hand injury and Jacksonville finished 1-15.

The Jaguars selected Trevor Lawrence and Minshew mania may have to wait for a chance to be a starter again.

The alternative options on the Jacksonville Jaguars depth chart are CJ Beathard and Jake Luton. Beathard, the former third-round pick, joined Jacksonville from San Francisco during free agency and has seen the field during the preseason. Against the Browns, Beathard was 13/16 including a touchdown. Whilst against the Saints, he was nine for 14 with two touchdowns in the final quarter.

As for Luton, he started in 2020 and has featured during the preseason as well. He made three starts in 2020 against Green Bay, Houston, and Pittsburgh. He was competitive against Green Bay and Houston but four interceptions against the Steelers saw him pulled from the starting role. As for preseason, Luton made a touchdown pass in the loss to the Browns and didn’t see the field against the Saints.