US Gambling Sites / News / The USA in the Olympics: Can USWNT lift the gold?

The USA in the Olympics: Can USWNT lift the gold?

USWNT are the most successful side in Women’s Football, with 4 WC trophies and 4 Olympic golds, and will be going all out for the gold medal that eluded them in Brazil 2016. USWNT came into the tournament as two-time defending World Champions and on a 6-match winning streak and were drawn into Group G alongside Sweden, Australia, and New Zealand. 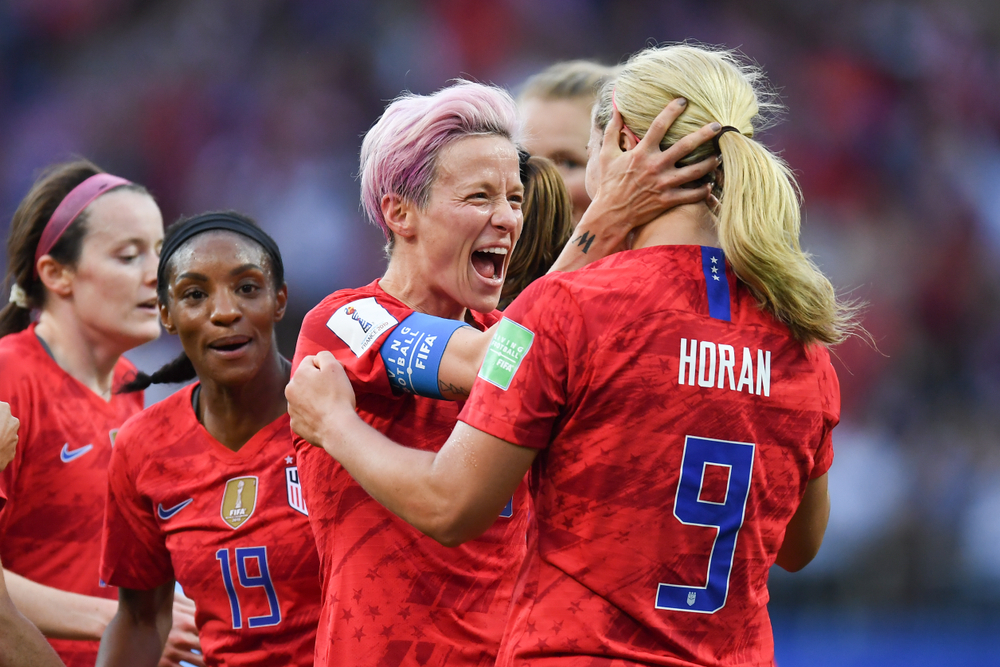 USWNT faced Sweden, their conquerors from 2016, in the first matchday. Incidentally, Sweden were the same side that ended USWNT’s 16-match winning run earlier this year. However, every USWNT fan hoping for revenge and a statement performance left disappointed after Sweden ran riot and won 3-0. The Europeans were clearly the better side as they dominated the first half and deservedly led 1-0 at half-time. However, even the addition of the trio of Rapinoe, Lloyd, and Ertz in the 2nd half couldn’t stop a Swedish onslaught.

The defeat to Sweden put USWNT in a precarious position, needing wins from their remaining two matches to ensure qualification to the knockouts. Their next game against New Zealand saw almost half of the starting lineup being replaced. Rapinoe, Lloyd, and Ertz came into the lineup while Alex Morgan and Christian Press had to take a seat.

USWNT needed a big win to answer the doubters back home, and boy did they deliver. They were spectacular in the opening half and led by 2-0 at the half. Even though an own goal in the 63rd minute extended the lead to 3-0, NZ were growing in confidence and even managed to pull one back midway into the 2nd half. However, goals from the substitutes Press and Morgan made it 5-1, followed by another own goal in injury time to make it 6-1. The win puts them at 2nd in the group behind Sweden with 3 points and a goal difference of 2.

What Next For Uswnt?

USWNT will face Australia in their final group stage match on Tuesday morning, with the winners set to finish 2nd behind Sweden. Australia have won and lost a game each and are at 3rd in the group with 3 points and a goal difference of -1. Nevertheless, USWNT are the bookies’ favorites to win and are clearly the better side. However, as a result of finishing 2nd in the group, they have to face the winners of Group F next, either Brazil or the Netherlands.