There is a new development regarding a feud between Tommy Pham, an outfielder for the Cincinnati Reds, and a fellow outfielder from the San Francisco Giants, Joc Pederson. Pham had slapped Pederson during the opening game between those two teams back in May.

The beef between the two players occurred due to an argument over a fantasy football league that happened the previous year. Pederson said that Pham had accused him of cheating in that league by accumulating players in his fantasy team. Pederson claimed that he had cross-checked the rule and done nothing wrong.

Josh Tomlin and Tyler Matzek, both are Pederson’s former teammates whilst playing for the Atlanta Braves, said that Pederson was already aware of Pham’s rage. The outfielder had even avoided meeting Pham on the field in September 2021. At that time, Pederson was still with the Braves while Pham represented the San Diego Padres.

Tomlin and Matzek shared that Pederson even refused to leave the clubhouse for fear of seeing Pham at that time. Pederson only got to the field in May this year because Matzek encouraged him to. This has proven to be a mistake as Pham still attacked Pederson despite months of not seeing each other.

This revelation brings a new light to this case. When the feud happened, all fingers were pointed at Pham for his aggressive behavior. However, Pederson might have his own wrongdoings, seeing how determined Pham was to make Pederson pay back.

An investigation by the Major League Baseball

Although managers from both teams didn’t make comments after the incident, they promised to take this matter seriously. The MLB then ran an investigation over the case. After the altercation, Pham agreed to be pulled from the game while waiting for the verdict. At the beginning of June, it was announced that Pham would be suspended for three games.

This was not the first time for Pham to be involved in a feud this season. During a game against the San Diego Padres, Pham taunted the opposing team’s Luke Voight into a fight. It happened because Voight had collided with Pham’s teammate, Tyler Stephenson, causing the Giants’ catcher a concussion. He didn’t receive any disciplinary action as his taunt didn’t result in a real altercation.

The Reds gained two wins out of the three games being played in May. The Giants were visibly disappointed by this result. They claimed that the incident during that batting practice further made things worse for them. According to Pederson, the loss wasn’t great for the team’s morale as they “haven’t been playing great as a team”.

Both teams met again in June in another 3-game series. Pham has come back to the team for the game after his suspension. In this second meeting, the Reds also took home two more wins against the home team. In the third game, the Reds won over the Giants 10-3.

Before the Reds and the Giants’ second meeting, Pederson mentioned that he expected the Giants’ fans to be respectful after the previous incident. However, some fans at the stadium still booed at Pham. During those three games, Pham and Pederson didn’t acknowledge each other. 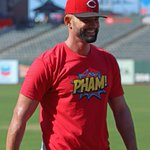 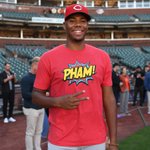 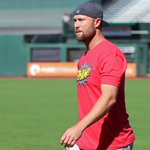