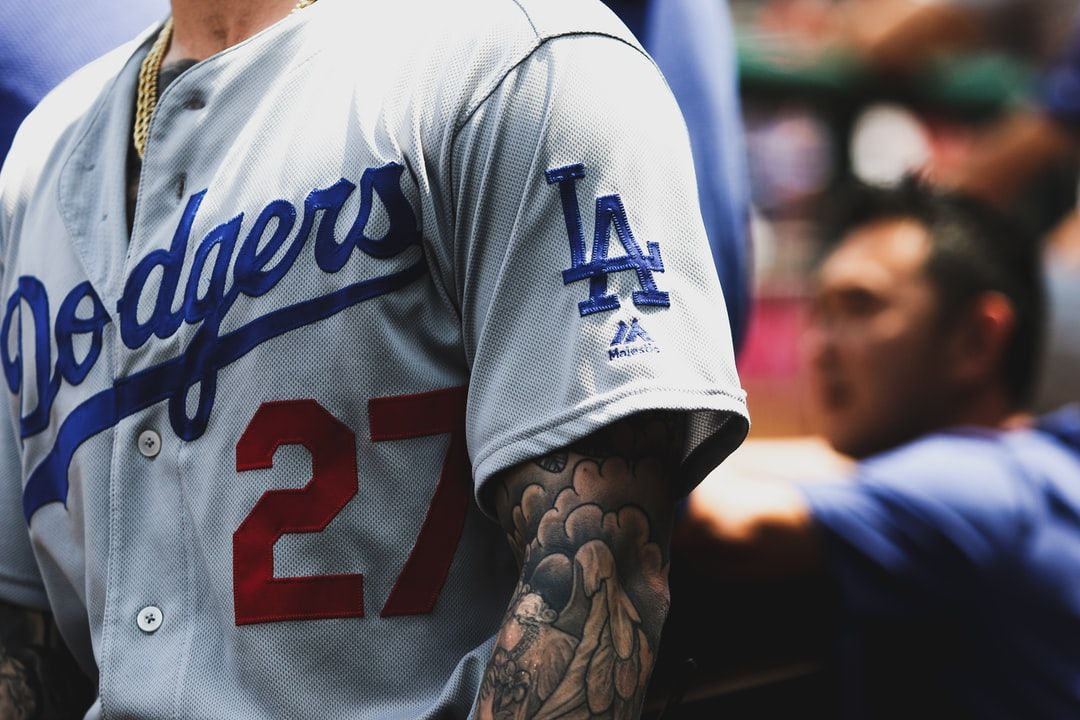 man in white and black jersey shirt - Close up on Dodgers uniform
if photo is used, please provide the following photo cred:
Photo by Desmond A. Hester // @dezhester - unsplash

Los Angeles Dodgers got their 56th win in the 2022 season as they beat Chicago Cubs 11-9 on Sunday, July 10. That victory also made the Dodgers sweep all four-game series against the Cubs.

As a result of winning 11 of their last 12 games, including seven consecutive wins, the Dodgers have surpassed an eight-game lead over second-place San Diego in the National League West.

In the final game, which lasted 3 hours and 59 minutes, the Dodgers started the game with their largest score deficit of the season. P.J. Higgins' grand slam in the first inning allowed the Cubs to open with a 5-0 lead.

To secure an 11-9 victory over the Cubs, the Dodgers relied on every available reliever after the first pitcher, Julio Urias failed to finish off two innings. A total of nine batters were sent to the plate in the first inning against Urias, five of whom scored. This was the largest number of runs he has ever given up in an inning.

“Julio’s been fantastic all year long,” Roberts said. “It just wasn’t a good one today for him. Those are going to happen.”

Going out in the second inning, Urias kept the Cubs off the scoreboard and gave the Dodgers another inning. Since Opening Day, he has thrown at least five innings, with a two-inning dud in Denver. After allowing five earned runs, his ERA increased to 3.01.

Both managers turned the series finale over to their bullpens by the third inning. The first of six relief pitchers to succeed Urias, Phil Bickford (1-1) earned the victory on his 27th birthday. In the third inning, Bickford allowed David Bote to get a three-run home run which led the Cubs to a five-run lead again after the Dodgers scored three times in the bottom of the first.

However, the Dodgers made a comeback by scoring six runs in the bottom of the third inning and took the lead for the third time. A total of 11 batters faced three different pitchers. Trea Turner capped the rally with a two-run single after Patrick Wisdom underthrew first base which led the Dodgers to 9-8.

Freddie Freeman, who had three hits and a solo home run, brought the Dodgers leading a 14-hit attack. A superb day at the plate was capped by Freeman's contributions of four hits, two RBIs, and a couple of insurance runs. The Dodgers won 10-8 when Freeman hit a solo home run against pitcher Anderson Espinoza in the sixth inning. During the seventh inning, Freeman drove Lux in with an RBI single.

Brusdar Graterol earned his third save of the season by recording the last six outs. In the eighth inning, David Price had failed to get an out, and Graterol stepped up to preserve the Dodgers' two-run lead. Freeman said that his team had been playing well within the 20 games.

“The key was our pitching staff this whole time. They give us chances late in games,” Freeman said. "For us to be able to get the big hits at the end of games, it was nice to pick them up because they’ve picked us up the whole time."