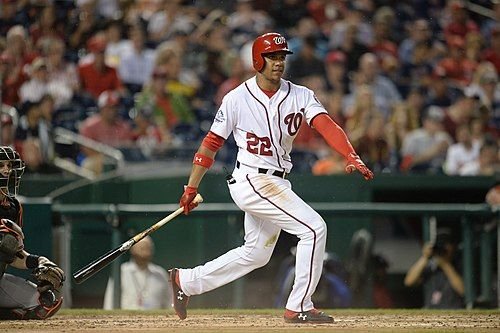 Washington Nationals outfielder Juan Soto recently turned down a 15-year contract extension worth $440 million from the team. Jon Heyman from the Post reported that the Nationals are now seeking for trade proposal in the next two weeks. The team needs to work quickly before MLB’s trade lockout on August 2, the report says.

Acquiring Soto will reportedly demand a lot of capital from the other team, especially because his contract still runs until 2024. New York Post even dubbed it as a “potential for a seismic blockbuster deal”. However, adding Soto to their roster might be “game-changing” for the new team.

The $440 million offer would be the biggest overall contract value in MLB history. However, considering that the contract runs for 15 years, its average annual value would be $29.33 million. That annual value ranks 20 in the current MLB trade market.

Mike Trout’s 12-year deal with the Los Angeles Angels in 2019 is the highest record today, valued at $426.5 million. Meanwhile, the highest average annual value holder is Max Scherzer who signed a contract with the New York Mets last offseason.

Soto was in a down year with the Nationals. So far in the season, the Nationals recorded 30-63 and rank 5 in the NL East. Analysts at SBNation said that the team would not make the postseason this year.

Despite that, Soto still kept a high record for himself, with 19 home runs and 160 OPS-plus. The left-handed hitter also recorded 79 walks with just 54 strikeouts the whole season.

On Saturday, the 23-year-old told Washington reporters his opinion about the team’s performance this season. He said, “I don’t want to keep losing. I hate losing.”

“But it is what it is,” Soto continued. “I mean, at the end of the day, we’ve just got to go through it, because as they [the Nationals teammates] told me, we’ve all got to go through those moments to win a championship. So for me, I think I’m going through mine and I’m just going to keep positive and keep seeing things forward.”

Mike Rizzo, Nationals' general manager, had been consistently telling reporters that they would not trade Soto who contributed greatly during the 2019 World Champions. However, that position may have already changed after Soto’s rejection.

Jeff Passan
2022-07-16 16:42
Front offices are already having the conversations: What is it going to take to acquire Juan Soto in the wake of him turning down a 15-year, $440 million contract offer from the Nationals? And the answer is: The biggest trade package ever. “A Herschel Walker deal,” one GM said.
8578 683

The Nationals reportedly face a potential ownership change in the next few years, which might cause instability within the management. According to New York Post, the current focus now is to rebuild the team to prepare for that challenge. Because of that, they might not be as insistent on keeping Soto within the team.

There is a possibility that Soto’s rejection is caused by the absence of deferrals in the Nationals’ latest offer. Heyman reported that the offer was backloaded, thus lessening the true value of this contract proposal.

Soto still has two more arbitrary years with the Nationals after this season. Once released, he can potentially go to the open market. The annual value of Soto’s contract in this season is $17.1 million.

The outfielder works with agent Scott Boras. Typically, Boras' clients will not accept extension offers and test free agency instead. This approach allows those major league players to optimize their value.

Philadelphia Phillies' right fielder Bryce Harper plans to come back from his ...