Manchester United were heavy favorites when they traveled to Switzerland to face Young Boys on Tuesday evening. The Reds haven’t been beaten in the Premier League and took the lead early on through Cristiano Ronaldo. However, Aaron Wan-Bissaka got sent off and the Swiss side equalized when Nicolas Ngameleu put the ball past David De Gea. As both teams were settling for a point, Jordan Siebatcheu capitalized on a poor back pass and won the game for Young Boys.

But who is the American forward who condemned Manchester United to their opening day disaster? 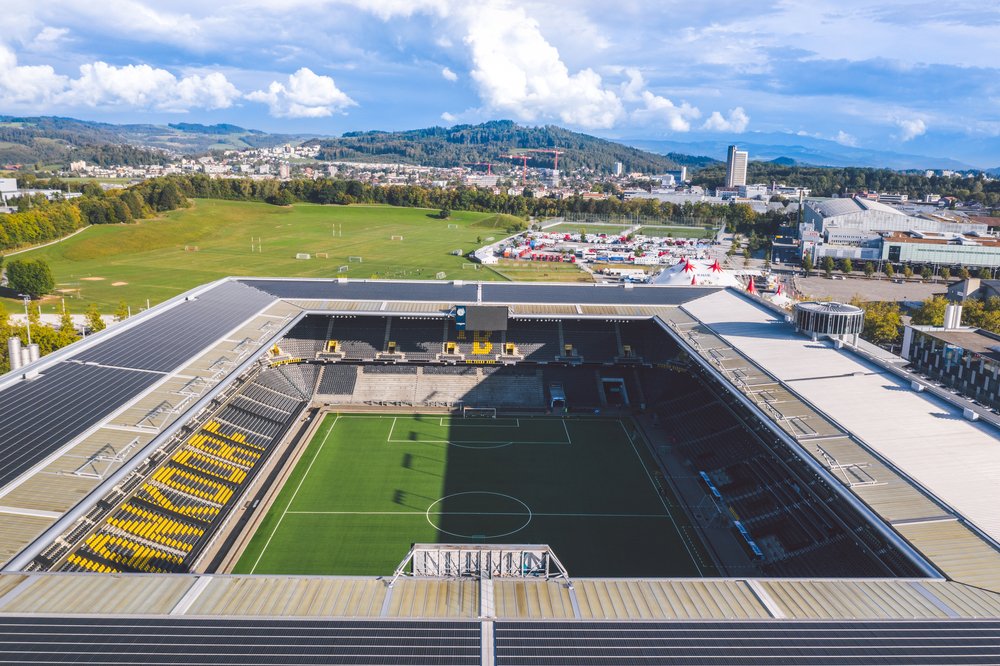 Jordan Siebatcheu, better known as ‘Pefok’, was born in Washington D.C before moving to France as a child. Whilst in France, he became part of the Stade De Reims set up and stayed with the club for most of his young footballing career. This included winning a championship with Reims at the under-19 level - defeating Nantes 4-1.

He wouldn’t become a consistent part of the Reims first team until the 2015/16 season. He made his debut as a substitute in January against Toulouse before scoring his inaugural Reims goal in his second appearance. He featured 74 times for Reims and scored 22 goals before being sold to Stade Rennais for a reported €9 million.

Stepping Up to Play With Stade Rennais

After scoring 17 goals in 35 appearances in Ligue 2 with Reims, Stade Rennais bought the American-French forward to bolster their attacking options. However, Siebatcheu wouldn’t produce as prolifically as he did in the league below. He netted three goals in only 15 Ligue 1 appearances, but he spent half the season on the injury table. A thigh problem meant ‘Pefok’ missed three months of the season - including a last 16 tie with Arsenal in the Europa League.

After an injury-hit first season with Rennes, he struggled to tie down a regular first-team place. The forward became a bit-part player and in his second season with the club made 14 league appearances without a goal. After his difficulties, Rennes loaned the forward to Swiss side Young Boys with an option to buy.

Hitting His Stride With Stade Rennais

Siebatcheu would hit the ground running in Switzerland. Featuring regularly, ‘Pefok’ scored 12 goals during his inaugural season with Young Boys, including a hattrick away at FC Zurich and his first brace in Europe. The American-French forward shone by bagging a double in a thrilling 4-3 victory over Bayer Leverkusen in the Round of 32.

After impressing whilst on loan, Young Boys made Jordan Siebatcheu’s move permanent for €2.5 million in July 2021. With his move to Young Boys complete, Siebatcheu has made the best start to a season of his career. He netted three times during Champions League qualification to fire Young Boys into the group stage. Similarly, the 25-year-old has scored three times in the Swiss league already in only five appearances.

However, it was his late goal against Manchester United that will be etched into the memories of Young Boys fans. He came on as a half-time substitute after Manchester United was reduced to ten men. He replaced Vincent Sierro after 45 minutes and partnered Meschack Elia upfront. With 95 minutes played, he capitalized on a poor Manchester United pass back and fired Young Boys to the top of the group after matchday one.

If he continues to impress for Young Boys, expect a move back to the European big leagues for this American forward.