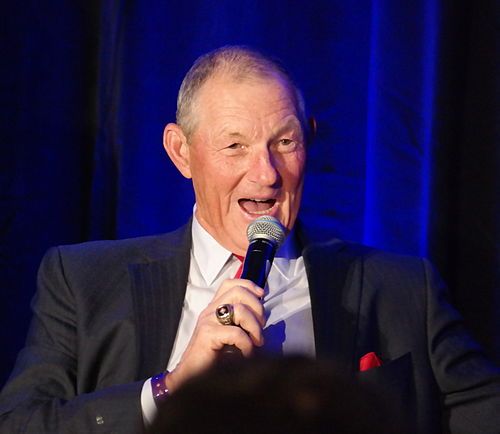 Jim Kaat, a former professional baseball player, and longtime New York Yankees announcer, is set to be inducted into the Baseball Hall of Fame on Sunday. On Saturday, Kaat recalled his 'Bronx Zoo' debut.

Throughout his baseball career, Kaat has pitched in almost 900 games over 25 seasons, holding a starter position for the majority of the games. Moreover, Kaat was a 283-game winner who made 43 appearances and one start for the Yankees in 1979 and 1980.

The Golden Days Era committee chose the 83-year-old announcer as the Baseball Hall of Fame inductee, which will take place in Cooperstown, New York.

Before Kaat joined the Yankees in 1979, he played for the Philadelphia Phillies for three seasons. According to Kaat, the Phillies didn't really use him that much but still brought him in during an extra-inning game in San Diego. At that time, Kaat had to pitch three or four innings, and his side eventually won the game.

That's when Kaat's journey with the Yankees started. "Birdie Tebbetts was in the stands scouting for the Yankees, so the next day the general manager calls me and tells me I’m going to the Yankees," Kaat said.

After hearing the news, Kaat immediately took a flight at night and arrived early the next morning. He had to go to the ballpark, where manager Bob Lemon welcomed him by saying, "Welcome to the Bronx Zoo. Are you ready to pitch?"

Subsequently, Kaat arrived at the game with the bases loaded and got to bat into a double play alongside his good friend and teammate Rod Carew.

Apart from that, Kaat has also played for manager Billy Martin, both with the Yankees and earlier in his career with the Minnesota Twins.

Kaat also recalled how he enjoyed playing with Martin as his manager. "Billy was such a great game manager, if you could have just locked him in his room at night and just put him in the dugout."

"I loved him as a game manager and loved him from a pitching standpoint, because he let you pitch until you drop," Kaat continued.

Throughout his 25 seasons, Kaat reached a 283-237 record for several teams that he was with, such as the Phillies, Twins, Yankees, Senators, White Sox, and Cardinals.

Moreover, Kaat won 16 gold gloves, which was the second most in history since the award was introduced in 1957. The three-time All-star then finished his career with a 3.45 ERA, 2,461 strikeouts, and 180 complete games.

Other 2022 Baseball Hall of Fame inductees

Saturday gets going with a great set of games with multiple teams ...

Some early games worth watching today between several inter-division rivals but the ...