FC Dallas teenager Ricardo Pepi stole the headlines on match week 16 when he became the youngest player in MLS history to score a hat-trick. 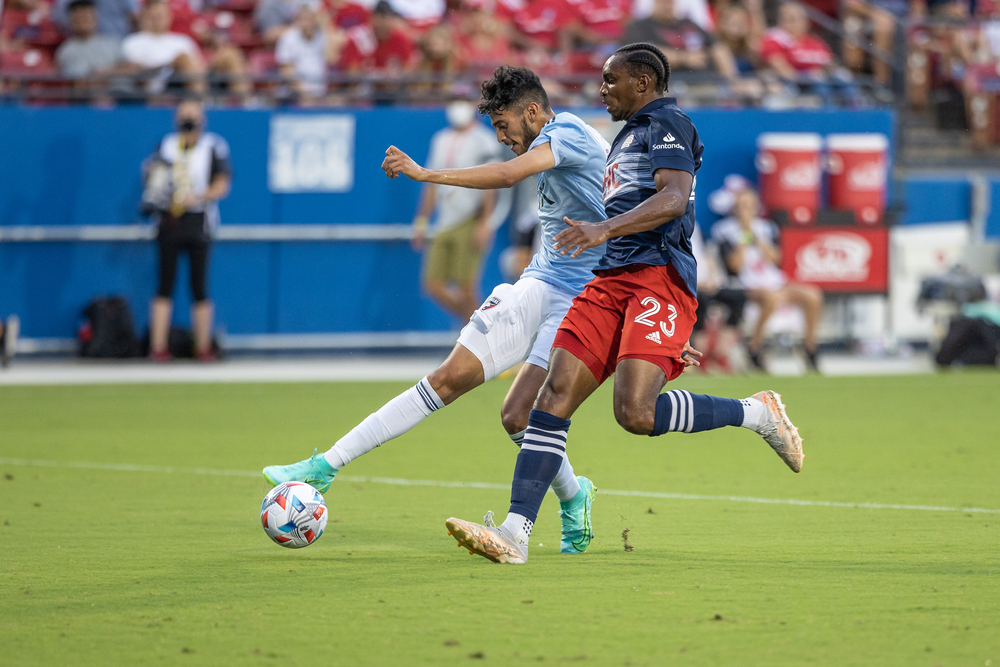 His three goals against conference rival LA Galaxy was rewarded with FC Dallas securing the 18-year-old to a five-year contract that extends through 2026. Former MLS players such as Alphonso Davies, Tyler Adams, and Weston McKennie (former FC Dallas himself) have made waves since transferring to Europe. So, is Ricardo Pepi the next shining star to come from the MLS?

A native of El Paso, homegrown Pepi began his youth career with FC Dallas and netted 54 goals during his spell with the academy. A short stint with Dallas’ affiliate club North Texas ensued when Pepi was just 15-years-old. His potential was evident, even at 15, Pepi scored a hat-trick on his debut for the USL League One side and helped the club to their first league title. But Ricardo Pepi would be ready to make the jump to full-time MLS football in the following years.

He became the fourth-youngest player in Dallas’ history to sign professionally when he put pen to paper in June 2019. Pepi was aged 16 years and 163 days when he signed with FC Dallas. The American frontman would get his first taste of MLS action during the COVID stricken 2019/20 season where he made 17 league appearances and two MLS cup performances. He would already play his way into the hearts of FC Dallas fans when his 90th-minute equaliser catapulted Dallas into a penalty shootout victory over the Portland Timbers during the playoffs.

However, after showing promise, the 2020/21 MLS season has proven to be the season of Ricardo Pepi. The youngster has already secured eight goals for the season which is the fifth highest in the entire league. He is already ahead of more experienced goalscorers such as Orlando City’s Nani and FC Nashville star Hany Mukhtar. Even more impressively, Pepi has played the least out of the top five scorers whilst still keeping pace with his goal tally.

Pepi is on a hot streak. Seven goals in his last eight appearances have put the eyes of the league on the teenage forward. Pepi has shown he has all the tools to blow away both the MLS and if he ever makes the move across to the European leagues. With his accurate finishing, highlighted by having eight goals compared to his xG (expected goals) of only four, alongside his quality both in the air and with the ball at his feet, Pepi looks primed to progress into a leading striker in the MLS.

A month after their Gold Cup victory, the US men’s national team ...