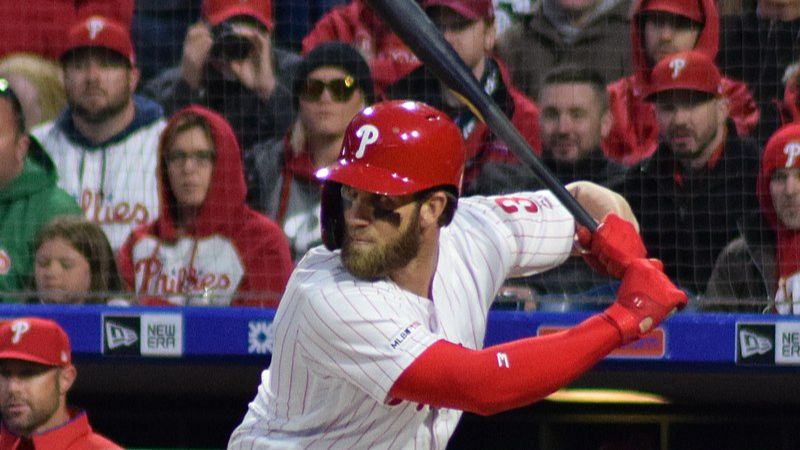 On Monday, the Philadelphia Phillies announced the return of All-Star Bryce Harper to the field to help improve their lineup. Harper has been recovering from a left thumb injury that has kept him out of the game for about a month.

Despite Harper's absence from the Phillies' game on Friday, manager Rob Thomson stated in an interview prior to the game against the Chicago Cubs that Harper's thumb will be re-evaluated on Monday, and he actually agreed about Harper having three pins inserted while having the surgery removed.

“Hopefully it will heal as quick as possible and I’ll be back,” Harper expressed his hope.

“I want to get back, as everybody knows. I want to play. I want to be out there with my teammates and grinding each day. They’re playing well right now. I’m excited for them.”

Harper might return before September, according to a source, who said last week that he could rejoin the Phillies as early as mid-August.

He has missed 19 games since undergoing treatment for the injured thumb. Prior to the incident, Harper was on his way to another outstanding performance.

"I don't want to give anybody a timetable because I don't know," Harper explained. "If I knew a specific date that I'd be back, I'd tell you. I just don't think it's fair to anybody. I'll be back when I'm ready to go."

Segura has been out since May 31 after being hit by a pitch on a bunt attempt and breaking his right index finger. However, following Harper's lead, Segura is expected to return to the roster very soon, assuming a quick recovery, and he anticipates he may return to the game day field as soon as August 4.

“I’m not letting this thing go 10 to 12 weeks,” Segura remarked in early July. “I don’t think that’s going to happen. As soon as I feel I can grip the bat and take a couple of swing."

“Well, he’s making progress. That might be a little bit aggressive, but we’ll see how he does,” Thomson commented.

“I hope he is, I really do. But we’ll see how he does ... And then by the end of the weekend, we may have a rehab assignment plan for him,” he added.

Segura required finger surgery on June 3 after the incident. However, he was in a good performance by hitting.275/.324/.407 with six home runs and 19 RBIs before breaking his right index finger.

According to reports, Segura's return would be a huge win for the Phillies as he's arguably the most consistent offensive player on the team, with an OPS of.784 and five defensive runs saved last year, with only Jake Cronenworth having a higher OPS, and his absence at shortstop left a gaping hole in the defense.

Julio Rodriguez of the Seattle Mariners sustained a wrist injury in a ...