David Ortiz Gets Inducted Into Baseball Hall of Fame

Legendary Boston Red Sox slugger David "Big Papi" Ortiz was formally inducted into the Baseball Hall of Fame on Sunday in Cooperstown, New York. Ortiz is the 12th player in Red Sox history to be inducted. During his 14 seasons in Boston, he became a legend for his on-field excellence, which included 10 All-Star selections, three World Series victories, and countless clutch hits.

In 20 major league seasons, the Hall of Famer blasted 541 home runs and led the Red Sox to capture three World Series victories. Baseball Writers' Association of America honored him as the 58th player in his first year of eligibility. He also served as a designated hitter more than any other player inducted before him.

As he continued his speech, Ortiz thanked his family in English and Spanish.

"Without you guys, this would never happen. You guys were the engine that started this motor every day for me to get it going and keep on going," he said. "I love you guys from the bottom of my heart. Thank you for being there for me always."

Ortiz also expressed gratitude to the United States, noting that the country embraced him with welcoming hands since he was a kid and provided him with the opportunities to grow and pursue all of his dreams. The Red Sox icon thanked the Minnesota Twins for bringing him up to the big leagues, saying they taught him a valuable lesson. 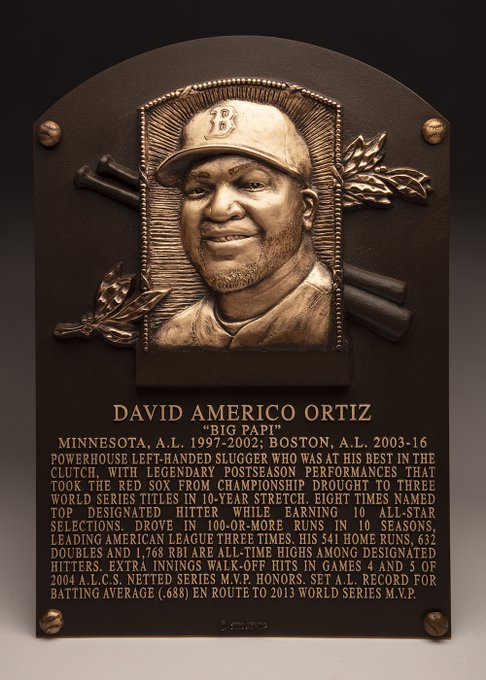 He went on to thank his fellow Hall of Fame Class of 2022 inductees, Twins organization members, and MLB star Kirby Puckett, whom Ortiz claimed was the reason he picked uniform No. 34 when he signed with Boston.

Ortiz concluded his speech by emphasizing the value of trusting in people.