American derbies took center stage on match week 22 of the MLS season. The headline of the weekend was the 13th installment of El Trafico between LAFC and LA Galaxy. However, the Texas Derby between Austin FC and FC Dallas stole the show. 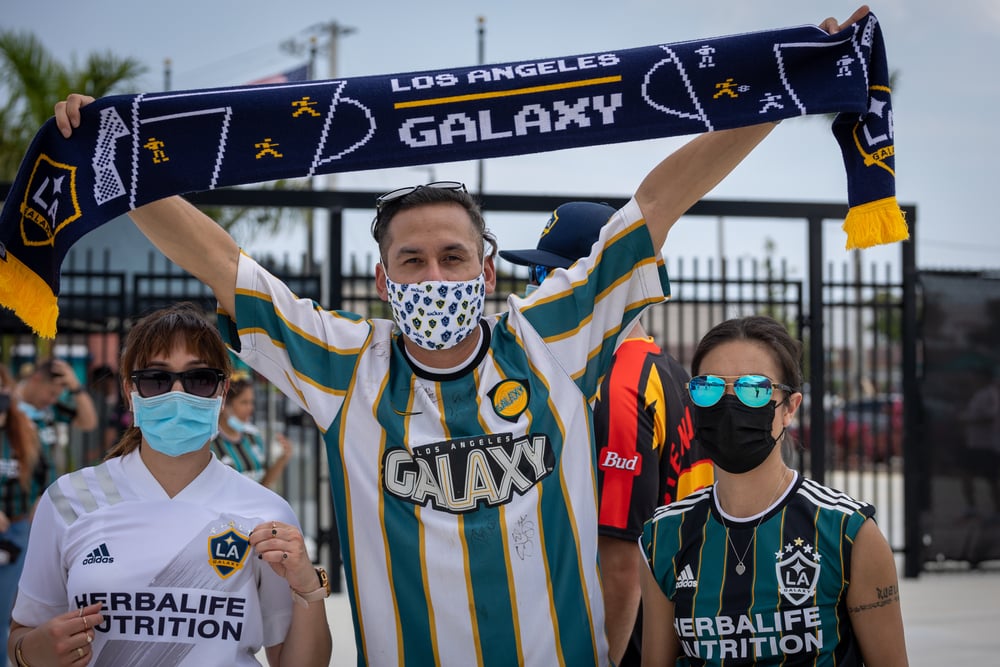 There is not a dull moment when the two teams from LA face off in the MLS. Before this weekend, the two teams had netted over 50 goals in 12 meetings. This goalscoring trend continued during match week 22.

LAFC entered the fixture on their worst patch of form for the entire campaign. Without a win since July, Bob Bradleys' side sat 11th in the Western Conference and 12 points behind their LA rivals. LA Galaxy themselves were heading into the fixture with two defeats in a row. A win for the Galaxy would have given them a 12-point cushion between themselves and the playoff-chasing pack.

It would be LA Galaxy who opened the scoring in the 13th El Trafico. Recent Serbian signing Devan Joveljic pounced on an LAFC defensive error and put the Galaxy in front after 20 minutes. But LAFC would find the equalizer just before half-time through a penalty given against on-loan QPR defender Niko Hämäläinen after the defender pulled down an LAFC attacker in the box. The spot-kick was slotted away by Cristian Arango to make it 1-1 at half-time.

After the half, LAFC would take the lead through arguably the best goal of the MLS weekend. Brian Rodriguez dribbled through three Galaxy defenders before lashing it in at the near post to give LAFC the 2-1 lead before an hour played. LA Galaxy leveled six minutes later as Joveljic grabbed his second Galaxy goal with a strike that Tomas Romero should have saved.

Rodriguez grabbed his second of the night and the third for LAFC as they went 3-2 up with twenty minutes to go. But there was one last twist in the match. After 86 minutes, the ball found Kevin Cabral on the penalty spot, who lashed past a despairing LAFC defense.

It finished a draw, and LAFC has work left to do if they want to make the playoffs.

After El Trafico, Austin FC and FC Dallas met in the first Texas Deby in Austin. The two sides sat outside the playoff places and within three-points of each other before kickoff.

The home side got off to the worst possible start when Ricardo Pepi forced a mistake from Austin FC keeper Brad Stuver. Jesus Ferreira scored from the error and made it 1-0. But Austin reacted with a goal of their own. A whipped cross found Cascalante's head to make it 1-1.

Dallas would regain control of the encounter and score three goals before half-time. First, Ricardo Pepi fired a snapshot past Tuver from the edge of the area to make it 2-1 to Dallas. Ferreira would score his second of the game and make it 3-1 to FC Dallas. Numerous deflections in the box fell to Ferreira. He picked out the top corner from the center of the box. Just before the half, Pepi made it 4-1 as he beat the offside trap and finished at the near post.

Dallas looked to have secured the victory after the half as Jade Obrian capitalized on another Austin defensive error and left the score at 5-1 after 53 minutes. However, Austin did find a lifeline in the game minutes later. Two goals in quick succession by Diego Fagundez and Alexander Ring made an impossible comeback look possible. However, Austin FC ran out of steam and lost 5-3 to their Texas rivals.

This was not how the Austin FC faithful envisioned their first Texas Debry in Austin looking like. However, for Dallas, a playoff spot seems within reach. If the youthful attack of Pepi and Ferreira remains on form, they may fire them into the top seven spots.