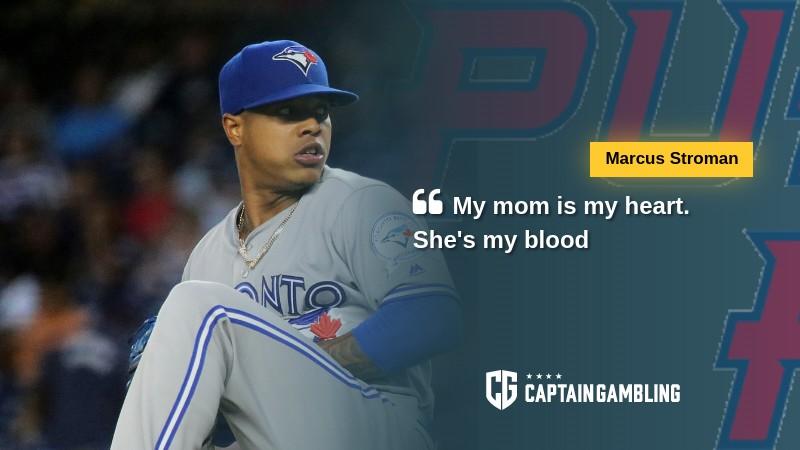 Marcus Stroman says "My mom is my heart. She's my blood," via usanewssite - CC

Chicago Cubs pitcher Marcus Stroman has announced he will represent Puerto Rico instead of playing with Team USA in next year's World Baseball Classic. He made the announcement on Monday on Twitter.

In 2017, Stroman was a member of Team USA, which defeated Purto Rico in the final and claimed the WBC title. Stroman, who was named the MVP after posting a 2.35 ERA in 15 1/3 innings, posted six shutout innings of one-hit ball to earn USA an 8-0 win over Puerto Rico.

Puerto Rico has never won the WBC, finishing second in 2017 and 2006. Team manager Eduardo Perez has been requesting Stroman to represent Puerto Rico since the start of the season.

“My mom is my heart. She’s my blood,” Stroman told the Chicago Tribune on Wednesday. “So to have the opportunity to play for both is pretty special for me. My family’s excited. We’re all excited. It’s just another opportunity to continue to add to the resume.

“I’m someone who goes with my gut and my intuition, and it just feels right. It’s awesome that I’m able to play for both. I’m truly representative of both cultures.”

Stroman said his mother, Adlin, received a lot of hate and "disgusting" messages after he decided to represent the United States in 2017.

“People don’t know how much goes into that,” Stroman said. “I played for Team USA in college. I got the call from Joe Torre when I wasn’t thinking about playing and then everything happened so fast.”

The 2023 World Baseball Classic will be held in Taichung, Taiwan, Tokyo, Phoenix, and Miami for the first time since 2017. The tournament qualifiers will take place in September 2022. The 2023 WBC begins with pool play on March 8 in Taiwan and concludes with the championship game on March 21 at LoanDepot Park in Miami.

The defending champion, the United States, will compete in Pool C at Chase Field in Arizona against Canada, Mexico, Colombia, and one to-be-determined team from the 2022 WBC Qualifiers.

Runner-up Puerto Rico will compete in Pool D at LoanDepot Park against the Dominican Republic, Venezuela, Israel, and the winner of the qualifier. Japan, a two-time World Baseball Classic champion, will headline Pool B at the Tokyo Dome, which has hosted all four Classics.

The fifth installment of the WBC will be expanded to 20 teams, including the 16 teams from the 2017 tournament such as Australia, Canada, China, Chinese Taipei, Colombia, Cuba, Dominican Republic, Israel, Italy, Japan, Netherlands, Korea, Mexico, Puerto Rico, United States, and Venezuela.

Argentina, Brazil, New Zealand, Nicaragua, Pakistan, and Panama will compete in Qualifier Pool B from September 30 to October 5 in Panama.

"I'm looking forward to playing for our country," Trout said Monday during a press conference ahead of the 2022 MLB All-Star Game.

The 30-year-old center fielder has never played in the World Baseball Classic before. He said he was willing to play in the 2021 World Cup before it was postponed due to the COVID-19 pandemic.