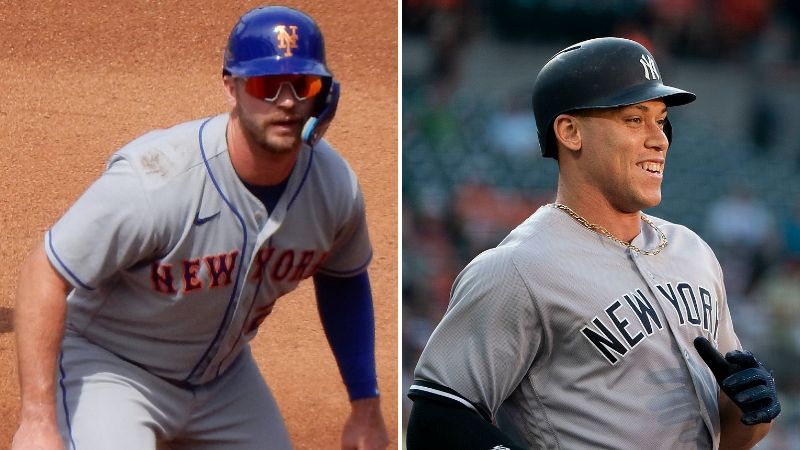 The New York Yankees' Aaron Judge and the New York Mets' Pete Alonso will participate in the first edition of the 2022 Subway Series. The match will be held on Tuesday at the Mets’ turf, Citi Field. Judge and Alonso are two additional star players who will join this series. Their participation is expected to increase the hype surrounding the event.

Both players recently met in the All-Star Game at Dodgers Stadium. In that game, the American League (AL) division defeated the National League (NL) and maintained a winning streak.

“I think people would really, really love to see an all-New York World Series,’’ Nimmo said. “This is one of those years where you could feasibly see that. And so I think there’s going to be … excitement heading into it.”

Alonso complimented Judge’s performance this season, saying that Judge was on “a historic little tear”.

“I think it’s an excellent season for him, it’s a dream season,” Alonso said. “I’m happy that he’s healthy and he’s performing the way he is because it’s really special what he’s doing. I hope he keeps doing it. I hope he hits 60.”

The current home run record is 61, and other players are optimistic that Judge will be able to reach that record. Judge has been showing consistent performance so far in this season. He managed to score a home run in the first thirteen games.

Judge has also shown better batting stats this year. According to Statcast, the player has a 60.8 percent hard-hit rate. This rate is his top record. The stats also show him hitting more fly balls with a 36.9 percent rate.

“It says he’s an MVP-caliber player,’’ Boone said. “There’s a handful of players like that and that’s usually case with them. They tend to be more consistent and impactful.”

Judge himself did not say anything except that he was looking forward to the atmosphere of the Subway Series in Queens. Judge told reporters that he was more focused on his team's records rather than his own.

Judge has a chance to become a free agent after this season. There is no information about where Judge will be heading, though. There have been speculations that the Mets will acquire the player this offseason. The team has started their acquisition plan for some players in the league for this season.

The MLB All-Star Game was held a week later than usual due ...

The National League was hoping to take the lead in the All-Star ...

After a fierce duel against Julio Rodriguez on Monday evening at Dodger ...