The Baltimore Orioles have selected Stillwater prodigy Jackson Holliday with the first overall pick in the 2022 MLB Draft. The 18-year-old shortstop is the third No. 1 pick player in Orioles history after Adley Rutschman in 2019 and Ben McDonald in 1989.

Holliday became the second player selected with the first pick whose father also played in MLB after Ken Griffey Jr., who was drafted by Seattle Mariners back in 1987.

Holliday is widely considered a potential star with his impressive reputation at the youth level. He is The Baseball America 2022 High School Player of the Year. He also holds the national record for most hits in a high school season (89) for his school, Stillwater High, surpassing J.T. Realmuto’s 88-hits record.

Back home in Oklahoma, he was a Gatorade Oklahoma prep player of the year. He had 30 secured bases in 30 attempts and hit 685 with 17 home runs. Jackson is the third big name coming out of Stillwater High after his father and former LA Dodgers pitcher Brett Anderson.

Jackson already displayed a deep understanding of the game since the age of three, often mimicking the batting stances of MLB superstars such as Albert Pujols and David Ortiz.

Speaking to MLB Network, Holliday said he felt grateful to be picked first overall by the Orioles.

“I want to be the best player, and I want to honor the Orioles for selecting me,” Holliday said.

“I'm going to work as hard as I can to make it to the Major Leagues and have a great career for them and for their fans. I'm very excited. And I always compete." 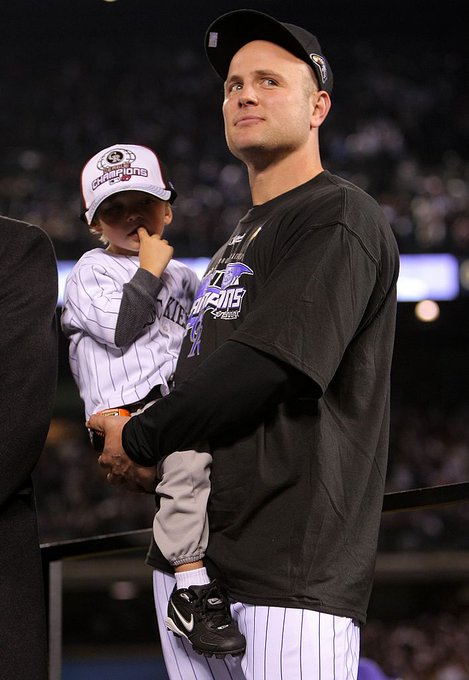 The Orioles did not pick Holliday for no reason. The O’s said they had a vision about what he could do for the team.

“It's a gigantic decision and moment for the Orioles franchise. The upside for him is enormous. I mean, it is a potential star playing shortstop, batting in the middle of the order, doing so for a very long time. In some regard, I don't know that the ceiling gets much higher than somebody with that profile.”

This season, Holliday is not the only second-generation star to watch. There is Georgia High School outfielder Drew Jones, the son of 10-time Gold Glove winner Andruw Jones, and Cam Collier, the son of eight-year MLB veteran Lou Collier. Jones was picked by the Arizona Diamondback, while Collier will likely play for the Cincinnati Reds.