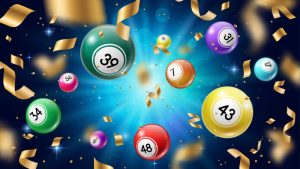 From the definitive point of view, Club Keno is played in such a way that players select up to ten (10) numbers from 80. In return, the Lottery draws 20 numbers, the resulting numbers which are then displayed on television sets three and a half minutes apart. Wager for Club Keno are $1 to $20 (specifically $1, $2, $3, $4, $5, $10, and $20). With this, the top prize for a $1 Club Keno bet is $100,000. The Michigan State Lottery board in 2010 made Club Keno available to all retailers across the State. On the other hand, Keno! was initiated in 1990. Keno! players get to select 10 numbers out of 80. Twenty-two (22) numbers are then chosen during the daily drawings. A player that is fortunate enough to have 10 matches win a whooping amount of $250,000. This doesn’t mean predicting less than 10 of your selections is a total waste. Players also win money for 9, 8, 7, or 6 numbers that matches the drawn numbers. Interesting enough, there is also prize for matching zero numbers, the prize for which is a $1 scratch ticket. The result of Keno is made available online shortly after each drawing.

Ticket for the Michigan lottery Club Keno starts from $1.00 and drawing is schedule to take place every few minutes, seven days a week, from 6:00am to 1:59am. For each Club Keno drawing, prize tables are released on the official website of Michigan State lottery at prizes paid for a $1 wager. For players who wager more than $1, their payouts are calculated by multiplying these prize payouts provided in the prize tables by the amount they wagered per drawing. Let’s discuss some other important concepts peculiar to the Michigan lottery Club Keno. 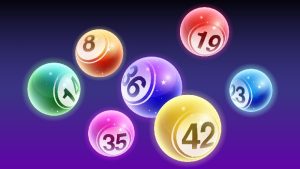 The Extra feature of the Michigan lottery Club Keno costs $1 more per $1 wagered on the standard Club Keno. To win the Extra prizes, players need to match their numbers to the Extra winning numbers. Club Keno players can win in both the Club Keno drawing and the Extra drawing. For a higher prize, however, players cannot combine Club Keno winning numbers and Extra winning numbers in the same draw. The maximum prize for winning a 10-spot Extra wager in a single drawing is $10 million. In a situation where there are multiple winners of 10-spot Extra wagers winners in a single drawing, the $10 million prize will be divided among the winning prize shares in an equal proportion.

The Kicker Prizes in such a way that it makes Club Keno winnings more attractive for players who have opted for the kicker option. A player who opts for Kicker gets Kicker number (1, 2, 3, 4, 5, or 10) for that particular drawing. In return, if such player who has purchased the Kicker option wins a prize in the Club Keno drawing, the player’s Club Keno prize amount will be multiplied by the Kicker number. This is really impressive winning option for Club Keno players. The maximum prize for winning a 10-spot wager that has a 10X Kicker option in a single drawing is $20 million. Similar to what is obtained with the Extra option of the Club Keno, in a situation where there are multiple winners of 10-spot wagers with a 10X Kicker in a single drawing, the $20 million prize will be divided among the winning prize shares in an equal proportion.  Two things are worthy of noting with the Kicker option. First, the overall odds of a Kicker number being 2 or higher are 1:1.74. Secondly, as attractive as the Kicker option is, it does not apply to Extra or The Jack prizes.

This is yet another option peculiar to the Michigan lottery Club Keno. The Jack costs $1 more per draw. It’s best we explain this using a table.

There is also another related concept to The Jack called the Shared Jackpots. This simply denotes that in the event that two or more persons win the Jackpot (Match of 8 of 8 Numbers), it means the prize is shared equally among the Jackpot winners.

All About the Michigan Lottery Club Keno

How To Take Advantage Of The Michigan Lottery Club Keno

The Michigan lottery Club Keno is a very fascinating and interesting lottery offer among the numerous options that the Michigan lottery games present players. From a holistic perspective, considering the great features that come with what the Michigan lottery Club Keno has to offer, one will agree that Club Keno is a must play, at least once, for those players who are looking to take advantage of a potential four-win feature. Always remember that playing any of the games offered under the Michigan lottery games serves two purpose: personal satisfaction in terms of fun and entertaining games, and significant contribution to education in the state, however small or big. Take a practical step today! Visit our Lottery Comparison Page today to check out our operator comparison for more informed decision and register for an operator.

The Michigan lottery Club Keno is a draw game wherein player select 10 numbers out of 80. Players have the option to select between 1 and 10 slots (numbers), and have the option of playing between $1 and $20 per draw ($1, $2, $3, $4, $5, $10, and $20). There are Extra, Kicker, and The Jack options to spice things up and make potential winnings way more attractive and worthwhile.

Buy Philadelphia Lotto Tickets Online Did you know that you can play ...

Buy Los Angeles Lotto Tickets Online It doesn't matter if you're an ...

Buy Indianapolis Lotto Tickets Online Looking to find out how to buy ...

The Michigan lottery Daily 3 is one of the many interesting games ...

The State Lotteries Online:
Hot Lottery Topics:
Lotteries & Games:
Get the latest updates in Sports and Casino via our Newsletter