US Gambling Sites / Best Fantasy Sites for the NFBC 2022

Best Fantasy Sites for the NFBC 2022

Welcome to our guide to NFBC betting. We'll reveal the best sites for joining in this fantasy baseball contest and show you how to perfect your NFBC predictions!

Our guide gives you the lowdown on why the NFBC has grown to be so popular, and helps you find out the best ways to get involved. Plus we'll even reveal whether you can get a FanDuel bonus for use on the next NFBC. Keep reading to find out more!

For many years, fantasy baseball has been the favorite pastime of many Americans, but with the introduction of NFBC (National Fantasy Baseball Championship) it became so much more than that for thousands of hopefuls each year. NFBC is a year-round competition made up of multiple leagues and contests, which promises to make the best players quite a bit richer. Here we take a look at the NFBC baseball competition in the hopes of helping new players get acquainted with it.

Fantasy baseball fans who are looking to finally join the big leagues can keep on reading and finally find out how they can be a part of the country’s biggest fantasy baseball contest.

Here are some quick facts on what the NFBC is all about:

The NFBC is one of the biggest fantasy sports competitions in America, with thousands of total players entering its various contests. Since the contest is 100% a fantasy sports contest, there is absolutely no legal obstacle to American players playing it as fantasy sports have been deemed a game of skill in the USA since 2006.

Regardless of the national level status of NFBC, the contest is actually not available to residents of all states, as a number of states still deem fantasy sports to be a form of gambling, thus forbidding their citizens from entering such competitions. NFBC in particular is blocked out for players from:

Players from these states will not be eligible for any NFBC contests due to the legal situation of fantasy still not being resolved in their respective states. That said, the most dedicated of fantasy sports fans can always move to another state in which the competitions are legal and enter NFBC with no obstacles.

NFBC Main Event: The No. 1 Contest

The Main Event of NFBC fantasy baseball is quite literally the number one fantasy baseball competition in the world. The competition consists of 32 leagues of 15 teams each, with each player paying a USD 1,600 entry fee to be a part of one of the leagues. The leagues feature live drafts in locations such as Las Vegas and they pit the very best fantasy players against each other.

The Main Event is a year-round competition, which starts in March and ends in September along with the baseball season. Every manager gets to pick a full roster of players and rotate them into their lineup each week of the season. Since the competition lasts so long, the managers need to make sure they are on top of their game each and every week.

Each of the Main Event mini-leagues awards real money prizes to its winners, with a USD 6,500 prize going to the winner. The overall ranking, on the other hand, awards a massive USD 125,000 prize to the winner, making it imperative to do well in the overall rankings, even at the expense of potentially not beating your mini league. Playing in money fantasy leagues can be very lucrative.

During the initial NFBC draft, managers need to choose a roster of players that will accumulate a good number of points throughout the season. The draft system used is similar to actual sports drafts and the competition is mostly reserved for elite fantasy baseball managers, as less competent players can hardly hope to do well in such a tough competition. To be competitive in such big events it is necessary to have the right fantasy sports strategy.

While the Main Event is by far the most prestigious of all contests organized within the NFBC, there are plenty of other NFBC Leagues that fantasy managers can enter and capitalize on. These include the Online Championship, Auction Championship, Cutline Championship, Draft Champions and others.

While the other contests don’t award prizes that are as lucrative as the Main Event, there is plenty of cash to be won for coming high in any of these. Additionally, the buyins for the other leagues are lower than the Main Event, making them more accessible to the managers who are looking to reduce their risk.

For all of the contests, the NFBC website runs online qualifiers, which allow managers to qualify for just a portion of the total buyin. For instance, USD 150 qualifiers to the Main Event run on a regular basis, allowing cheaper access to the prestigious competition.

In addition to access to all of the online contests, the NFBC website also provides access to various useful resources such as the NFBC fantasy adp list, which is an extremely useful tool for all fantasy managers out there. Fantasy football players should also check out the National Fantasy Football Championship.

Fantasy sports fans who join any of the SportsHub sites will automatically get access to the full network, with single login credentials valid for all of the sites. Users even get to sign up with the site using their Facebook accounts, which makes it very fast and simple to become a part of the SportsHub family.

Play Fantasy Baseball on the Go

Fantasy sports are booming, there is no question about that, and fantasy managers are requesting more access and more versatility by the day. This is exactly why major competitions such as NFBC now offer mobile play as well, making it easier for managers to enter contests, update their lineups and track the progress of their teams.

The NFBC mobile fantasy sports app also allows access to tools such as the NFBC adp, NFBC message board and so much more. Players can play NFBC on their iOS and Android powered devices, making it possible to be a part of the competition without ever turning on a computer or actually visiting a real world draft, since online drafts are available for all contests including the Main Event. For new players we provide a fantasy cheat sheet which helps starting the new adventure.

Fantasy baseball is a favorite pastime and hobby for millions of Americans and if you fall into that category than NFBC is a competition you will not want to miss out on. Join the NFBC today at their website, have a look around and learn the rules of the contests on offer and start preparing to become a part of one of the leagues yourself. If you are new to fantasy baseball, we recommend having a look at our list of top fantasy sports sites as well and joining some daily fantasy contests to learn the ropes without risking the big bucks for entry fees into the NFBC contests.

The true fans of fantasy baseball will fall in love with NFBC at first sight. The NFBC contests offer the biggest prize pools, toughest competition and the best ride through a baseball season one could imagine. Join NFBC today and prove your fantasy baseball managerial skills in real time against some of the country’s top managers. 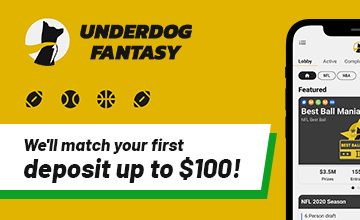