US Gambling Sites / Play At The Best Money Fantasy Leagues 2022

Welcome to our guide to the best money fantasy leagues in the US. Perfect for getting more from your fantasy bets on anything from football and basketball to hockey, baseball and beyond!

We've assembled a great shortlist of DFS sites with awesome money fantasy leagues. Plus we'll highlight where you can get a deal like the latest FanDuel bonus to get more from your gameplay. Sound good? Then pick one of our recommended fantasy sports sites below and put down your real money bets!

The rising popularity of fantasy sports cannot be denied and there are many reasons that so many people are getting involved with the game. However, one of the main reasons is surely the fact that there is plenty of money to be won in money fantasy leagues all over the internet.

Money Fantasy Leagues in a Nutshell

Fantasy sports have been around for decades, with players initially pooling money together in work or among friends and organizing real money fantasy leagues in their homes and offices. With the development of the internet, fantasy sports moved online and the daily fantasy sports were introduced to make things even more exciting.

Sports fans who are looking to get started with fantasy sports have many options nowadays and playing for free is the one option that seems the most acceptable if you have never played before. Fortunately, all the top fantasy sites offer fun contests which are designed for novice players to get acquainted with the games, as well as plenty of freeroll contests in which actual money can be won without any risk.

Players who are completely new to the game should be taking baby steps into the world of fantasy sports and definitely not risking too much money at first. We recommend checking out our list of the top fantasy sports sites, picking one of the top operators to play with and gradually starting out with the free contests.

We understand that everyone wants to win real money and there is plenty of time for that, but as a novice what you really want is to get familiar with the rules of the contests, the points structure of the sport you are looking to play and the general dynamic of fantasy sports. We created a fantasy cheat sheet to help you getting started.

However, this could hardly be any further from the truth as fantasy sports present a very clear skill element that is the main determining factor in who wins or loses in the long run. This skill focus of the game was confirmed by the Congress in 2006 in an Act that separated fantasy sports from gambling games and made way for an entire online fantasy sports industry to emerge.

This still means that in the majority of USA, players can play fantasy sports as they please, while residents of some states may have some trouble finding a site to play at. Some of the states in which a number of sites are blocked include:

Players who live in one of these states or any other state should carefully examine the legal terms and conditions of any site they are trying to sign up with. In most cases, players who live in states that are not accepted at a site will not be allowed to access or sign up with the site, but we also recommend double checking to make sure.

Playing fantasy sports for money is quite a bit different than playing free contests, mainly because one has to risk their own real money in order to participate. Barring freerolls, all other real money contests require a player to pay entry fee, which can range from USD 0.10 all the way up to USD 10.000 in some cases.

Thanks to so many different fantasy sports sites that are available out there, players can really choose what kind of contest they wish to enter, both in terms of the initial entry fee and the guaranteed prize pool. Players looking for lower variance and more steady profits will want to master the H2H and double up contests while those looking to turn a small investment into a massive profit will definitely need to look at the massive guaranteed prize pool contests instead.

Those who are looking to build up their bankroll and compete against weak competition in small field contests will likely want to sign up with the smaller and less popular sites in order to avoid playing against the more serious managers out there. On the other hand, the best money fantasy leagues with the biggest prize pools are definitely organized by industry leaders such as FanDuel and DraftKings.

How one chooses the contests and leagues to participate in is a completely personal decision and we recommend that every player makes this choice on their own. The one thing we can definitely say is that novice players should not over extend themselves and start playing big buyin contests, regardless of their financial means, as such contests generally tend to have tougher competition, which players should avoid when just starting out with fantasy sports.

Fantasy sports originally used to be all about football, but times changed and many other fantasy sports were added to the mix with time. Today, real money fantasy sports include a dozen different sports and hundreds of competitions which players can enter on a daily basis. Some of the most popular fantasy sports you can play for real cash include:

Real money fantasy sports take the thrill of competition to a whole new level as there is real cash on the line and a lot to be lost or gained. Check out our comparison of the top rated fantasy sports sites, join one of the operators, make your first deposit, and start competing in real money fantasy contests today. With some practice, you may just become the next legendary fantasy manager.

Looking for the best sites for college fantasy football? Then look no ...

Wagering on NBA and college basketball events on popular gambling sites is ...

Check Out Our Fantasy Basketball Advice 2022

Looking for solid fantasy basketball advice? We are here to help. Take ...

We love fantasy baseball and we're going to tell you the best ...

Baseball is one of the leading sports for sports betting today, because ... 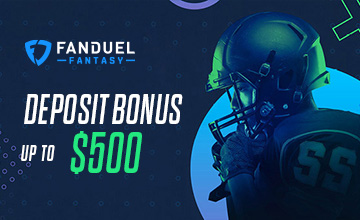