Like soccer? Then you'll love this guide to fantasy Premier League football. Take a look below and see the best sites for fantasy soccer betting!

On this page you'll find our favourite DFS sites for Premier League football. This means that you'll see which sites give you the best ways to assemble your ultimate fantasy soccer teams. Heck, why not check out FanDuel right away and claim their awesome bonus to get more from your fantasy Premier League gameplay!

Fantasy sports is a multi billion dollar business in this day and age. There are countless sports catered for on these platforms. Soccer is the most popular sport in the world so it is inevitable that Premier League fantasy football is also going to be very popular. This is the number one league in the world and has many of football's superstars.

There are many platforms for Premier fantasy football out there today. A lot of these options are free to play while some will require you to pay in order to enter certain leagues. This article looks at the basics you need to know when you are starting out with Premier fantasy football, as well as some of the best platforms out there for you to use.

If you have never taken part in a Premier fantasy football league before or you need a bit of a reminder, this is the guide for you. It is a simple principle whereby you select a team of 15 players, 11 of which will be starting in your team in a given week. You then add and get rid of players as you see fit. This could be due to poor form, injuries or suspension. Players will earn points for the likes of scoring goals, making assists, clean sheets, match appearances and for performing well.

Players can be deducted points if they get a red or yellow card or if a certain amount of goals are conceded. Your captain for the week will get double points, so this is an important aspect of playing Premier fantasy football. You need to plan your team in advance to make the most of good fixture matchups.

You will be given a budget to spend on your team initially. This should leave you with a well balanced team. It is a good idea to not just go with cheap defenders and the better players should be in your midfield. Wingers are generally better points scorers that central midfielders with the same going for full backs over centre backs.

The value of the players will fluctuate throughout the season, depending on how they have been performing as of late. In your first few picks you should be looking at players that are bankers. They will earn you points consistently through the course of the season and will be the bedrock of the team. Then as your budget per player starts to dwindle, you can use your research and knowledge to identify potential sleepers that could be good pickups.

Often times you can get good value for players that are on recently promoted teams. It is generally advised that you avoid players that are going to the Premier League that season from an overseas league. It can be hard to adapt to English football and they can often have costly price tags attached. Your funds can be better spent elsewhere.

You are able to make transfers in a given week. You can sell your players and then use your available funds to select other players. Be careful that you don’t go for those players that are just a flash in the pan and that you have backed up your decision with good logic.

There are many great Premier fantasy football sites in the space today. They each have their own strengths and weaknesses. You want the site to look good, provide you with all the tools needed to make informed decisions and be mobile friendly so you can change your team on the go. Here are some of the best Premier fantasy football platforms out there today - both free to play and pay to play platforms.

This is the official fantasy football offering from the Premier League. It is completely free to play and they do not offer many cash prizes. There are monthly and season long contests that offer other types of prizes. As it is the official league platform, you know that you are going to have access to the best data that is out there today.

They are always investing in their platform as it is a great form of advertising for the league. It keeps fans interested right throughout the season. It is very easy to start a league and you can be part of many leagues if you wish to do so. You will bid for players through an auction format. Some people don’t like the objective nature in which players will earn their bonus points for good performances.

You need to actively manage your team and change your captain each week as you get double points for their performance. The platform is well looked after and is very responsive. They have a good mobile offering too which allows you to change your team no matter where you may be. This is probably the best free to play fantasy football platform in the space today.

FanDuel is massively popular in North America only lying behind DraftKings in the rankings. They offer any different forms of fantasy sports, including Premier League football. You have access to analysis and data that helps to inform our decisions. You can play in leagues for free if you wish to do so. You also can buy into a paid league for as little as $0,25. FanDuel is a millionaire maker, with more than $1 billion set to be paid out to users over the course of 2019.

When you first sign up for an account on the platform, you will be able to get a free $5 fantasy sports league entry. You will also have your first $5 or $10 fantasy sports game insured in case you do not earn any return. This has a 100% money back guarantee. This allows you to learn the ropes on the platform without having to lose any of your own funds. They also have one of the best mobile apps in the game today, which is another great reason to sign up for an account with FanDuel.

DraftKings is the king of fantasy sports in North America. They have more than 8 million users and thousands of these players are active on the platform at any given time. The format for this fantasy football offerings is an eight player team which is chosen using a budget of $50,000. You have to have at least three teams represented as part of your selection process.

There are free leagues you can play in and the lowest stake for a paid league is just $0.25. You have the potential to win nice sums as you go higher up in stakes. DraftKings also has a solid mobile app offering for their players.

Fantasy sports has never been more popular and the likes of Premier League fantasy games are becoming more popular in the likes of North America. It is a great way to follow the best football league in the world. You can use your knowledge to come out on top against your friends, as well as potentially earn some nice profits as a result of your expertise. There is no time to waste, sign up for an account today.

There are many great Premier League fantasy football platforms for you to choose from. The best free to play platform is undoubtedly the official Premier League fantasy offering. In terms of paid leagues, FanDuel and DraftKings both have very good offerings for you to try. This article provides you with a template when selecting your team, as well as adapting as the season goes on. You can put these strategies to good use and maximize your chances of being near the top of the league rankings by the end of the season. 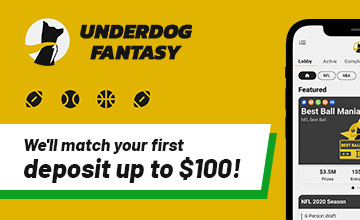