Fantasy sports are extremely popular across the world. All of the leading fantasy sports have their own iterations and it is quickly becoming a massive industry. There are billions of dollars that are paid out to fantasy players each year, with countless millionaires being made. It is the ideal way for you to go even deeper in your love for a given sport. You can put all of the information and expertise you can accumulate over many years of watching a sport and put it to the test against your peers. You can take part in extremely enjoyable leagues with your friends. You can also join pay to play leagues with the general public where there are great prizes up for grabs. One thing is for sure – the fantasy sports sector is not going anywhere.

Fantasy basketball is extremely popular and has been around in different forms for many years. It was the introduction of the internet that made fantasy basketball explode in popularity. Now you have access to the latest breaking news, data and information that you can use to tailor your selection as you see fit. This article looks through the leading fantasy basketball operators in the space today, looks at a bit of the history of the activity and looks at some advice you can take on board for your own fantasy basketball efforts.

There are many different ways in which you can assess the merits of a given fantasy basketball platform. There are so many of these platforms out there today that sometimes it can be a bit overwhelming if you are trying to find an operator that suits your specific needs and preferences. Some of the key variables that you need to look at include whether you need to pay for entry into leagues and if you need to pay to access certain features of the offering. You also need to see if the design fits your eye, see how the platform performs, what types of leagues they have on offer and what standard their mobile app offering is at. Here are some of the leading fantasy basketball platforms in the space today;

Makeup of the Sector

Fantasy Sports has been around in different variations for many decades. It was thanks to the internet in the 1990s that the sector began to explode. People across the world were now able to partake in massive public fantasy basketball leagues. There was now tremendous access to information, data and highlights. Therefore, you could better select your teams and get real-time feedback on performances of your players rather than having to wait until the newspaper came out the following day to see how your players performed. It has never been easier to set up a fantasy basketball league or to join one. There are so many platforms in the space today, with many of them being free to play. These include;

Others are pay to play and give you the chance of profiting off your fantasy basketball expertise. Some states still do not allow pay to play sites.  The following states do not allowe the likes of FanDuel to cater for residents;

Many people want to test themselves against their peers, putting their money where their mouth is. You can now participate in a daily, weekly or season long league. Therefore, you do not have to wait until the next season rolls around in order to play fantasy basketball, you can start in a new daily league whenever you want during the season. The space is constantly evolving and it will be interesting to watch and see where it goes in the coming years.

If you are new to fantasy basketball or you need a bit of a refresher course of fantasy basketball advice, it is important that you have the basics down before you try more complex strategies. The key to being a good fantasy basketball player usually lies in your ability drafting a good team. While it is not the end of the world if you do not have a good draft, it does put a lot more pressure on you. You need to be constantly making changes and playing catch up.

When it comes to drafting you want to ensure that you have all of your bases covered well in the respective positions. Some people spend too much on players in the same position, which leaves a lot of value on the bench while a certain area of their lineup is lacking. The first few rounds should see you focusing on those players that are dependable and will consistently score decent points on a weekly basis.

Drafts come in many different shapes and forms, so you need to ensure that you approach your own league by knowing the best approach to take for that given NBA fantasy draft. Otherwise, you could fall behind in a poor position before the season even begins. You can then build the rest of your team around these players. The later rounds are for experimenting and identifying potential sleepers. This is where your research skills are going to shine. If you can identify those lower rounds picks that offer great value, you will be getting a leg up against a lot of your competitors. You also don’t want to be drafting rookie in the early rounds. They are only entering the league and you do not know how they are going to adapt.

The pro game is a massive step up and it can often take a while for rookies to find their feet. You don’t want to waste an early round pick on a rookie as this is too big of a risk to be taking. It is in the later rounds when you should start to maybe consider them if you have done your research. You don’t want to manage your team like a fan and make decisions personal. You shouldn’t draft your favorite players just for the sake of it. Make sure that every decision you make has logic behind it.

Accounting for different types of leagues

There are many different types of fantasy basketball leagues for you to choose from. These will have their own distinct forms of drafting a lot of the time, something which is important to keep under consideration at all times. Certain leagues will have different formats. For example, you may be playing in a head to head leagues where it is only the matchups against your opponent that matter on a given week, because your cumulative points do not come into the equation for the season as a whole. This allows you to take a more aggressive approach than you otherwise may have done. Other leagues will purely be based off how many points you earn throughout the entire season. The number of teams in leagues also varies. Some leagues will have as many as a dozen teams, which makes it a lot tougher. This is because there is much more of a scarcity for the better players.

Your research needs to be a lot more on point because you need to find sleepers in the lower rounds that will add value to your team. Other leagues will have as little as six teams, which means that there are a lot of good players to go around the various teams. Somewhere in between is often a good balance for a league as you get a nice mix of both aspects.

It is important that you are well prepared in all aspects of your fantasy basketball leagues. You need to conduct plenty of research in the off season and during the season on players that are performing well and which ones could be potential fantasy basketball sleepers and which ones you should avoid. There is mountains of data out there today that you can go through in order to come up with a solid and definitive approach. By leaving nothing to chance, you are putting yourself in the best position as possible to succeed in your given league.

Win or learn – always have a plan

By taking in the best strategies that experienced players use, you can formulate a plan that you can use going forward. As time goes on, you will need to make tweaks any changes to this plan when the feedback comes in. However, a whole you will have a firm basis whereby you can base most of your decisions of logic as opposed to basing them off of your emotions. Some people act and think like fans when it comes to fantasy basketball and this goes against them. They only choose their favorite players and refuse to add players to their roster from rival teams. This puts serious curtailments on you and will hold back your chances of doing well over the course of the season.

Are there any welcome offers available as part of fantasy basketball platforms?

Most fantasy basketball platforms that are free to play are not going to have a welcome offer. However, a lot of these free to play leagues will have prize pools on offer for the best performers over the course of the season. A lot of the paid sites will have welcome offers. For example, FanDuel will give you a free play for a $5 fantasy sports league of your choice, as well as a 100% money back guarantee for your first $5 or $10 league.

Can you play fantasy basketball on your mobile device?

All of the big fantasy basketball platforms are going to have a mobile offering, usually in the form of an app that you are able to download.

Are you able to renew the same league each year?

Most platforms will allow you to instantly transfer your leagues from the previous season over to the new season. This allows for great continuity and makes it much easier for all parties involved.

Does fantasy basketball cover games in the play-offs?

For the most part, it is only going to be the regular season that will be covered by the fantasy basketball platforms. Some sites will host special leagues just for the play-offs.

How many teams can be in a league?

This varies depending on the platform. You will usually not see less than 8 teams in a league and the ideal number is ten teams. If you have a dozen teams, then it is better suited to those who have a lot of experience with fantasy basketball.

As you can see, fantasy basketball is going from strength to strength each year. The league is so popular globally that you are never going to be short of interest. The NBA is the standout fantasy basketball league and there are countless top quality platforms for you to choose from when you want to join a league. While you can play in leagues for free with your friends, many people like to earn a bit of money on the side from their fantasy basketball expertise. It is an industry worth billions of dollars, so there certainly is plenty of pie out there for everyone.

Top Betting Sites for the Best Online Sportsbook Experience Welcome to our ...

There are all kinds of horse racing betting promotions out there. Most ...

Welcome to captaingambling, your ultimate resource for all things related to online ...

Join us on our mission to find the best online casinos in ... 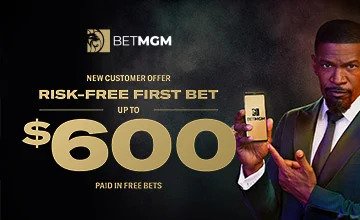