US Gambling Sites / Betting on Super Bowl in US 2022 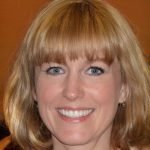 As the Super Bowl begins to draw ever closer, we thought we’d create a quick Super Bowl guide covering everything you need to know about the most popular sports event of the year.

From the coin toss to the winning touchdown, every element of the Super Bowl is entertaining. Did you know they have some top live artists perform at half-time, too? Alongside a little history, some strong stats, and an NFL leaderboard, we also offer you some great facts to help you stand out at this year’s Super Bowl party.

The regular NFL season consists of 17 matches, across an 18-week season. Seven teams from each conference (NFC & AFC) create the play-offs. The playoffs are a single-elimination tournament, meaning the winner of each fixture moves on to the next round. The winner of the NFC and AFC championship game will come together in a battle to determine who will become this year’s NFL Champion. This match is most commonly known as the Super Bowl.

The Super Bowl was created as part of the 1966 merger between the National Football League and the American Football League. The idea was to have the best two teams from each league compete for the AFL-NFL World Championship Title - a bit of a mouthful, we think you’ll agree!

Following the 1966 season, the Green Bay Packers defeated the Kansas City Chiefs, 35-10. In 1967, the Packers were victorious again, this time defeating the Oakland Raiders. On both occasions, Green Bay’s QB Bart Starr was named MVP.

The ‘70s quickly saw a change of pace, with Dolphins, Steelers, and Cowboys becoming the powerhouses of the decade. The Steelers also became the first dynasty to win four Super Bowls in six years.

Throughout the ‘80s and ‘90s, the NFC won 16 out of 20 Super Bowls. Washington and the 18-1 Chicago Bears were the most memorable teams of the era. Although, it was a great time for the sport as a whole, with many HOFers making their name during this time.

The late ‘90s and early 2000s saw the AFC come back to life. The Patriots won three out of four Super Bowls back to back, and also became the fourth team in NFL history to have a perfect record.

Fast forward to 2020, and we see that the Chiefs and Bucs have already won the Super Bowl. With Super Bowl LVI around the corner, who do you think is next to lift the Lombardi trophy?

Who was Vince Lombardi?

The Vince Lombardi Trophy is awarded to the winner of the Super Bowl. But, who was Vince Lombardi? Vince Lombardi led the Green Bay Packers to victories in the first two Super Bowl games, back in the 1960s. He is considered by many to be the greatest football coach of all time, with an overall record of 105 wins, 35 losses, and 6 ties across the NFL. He never had a losing season, had a regular-season record of 73.8%, and a playoff record of 9-1 (90%).

Sadly, Lombardi died suddenly in 1970. A year later, he was welcomed into the Pro Football Hall of Fame, and the Super Bowl trophy was renamed in his honor.

The Super Bowl half-time show - A spectacle in itself

The half-time show has always been a part of the Super Bowl. However, back in the ‘60s, you would expect to see marching bands from local colleges and high schools perform, rather than the star-studded lineups we see today.

Unlike the regular season and playoffs, the Super Bowl has a full thirty minutes allocated at half-time, meaning there is plenty of time for viewers to stock up on snacks, get themselves back to their seats, and enjoy a performance from a popular musician/artist selected that year.

Naturally, as the popularity of the Super Bowl increased, the caliber of performances did, too. As early as 1972 we saw Ella Fitzgerald take the stage, leading a half-time show alongside Carol Channing, Al Hirt, and US Marine Corps Drill Team, in what would be called a “Salute to Louis Armstrong”. Since then, Super Bowl viewers have marveled at some incredible, and not so great, performances!

At Super Bowl XXVI, the half-time show consisted of a special live episode of Living Color. Viewers had clearly become accustomed to hearing the National anthem or America the Beautiful pre-game, followed by some form of live music performance at half-time, as that particular year saw a huge drop in half-time viewings.

Since then, the Super Bowl has seen some of its most excellent, elaborate, and eccentric performances to date, including Christina Aguilera, Prince, and Michael Jackson - who drew in more viewers than the Super Bowl itself! If we remember correctly, Super Bowl XXXVIII saw Justin Timberlake and Janet Jackson take to the stage, too. Although, maybe we shouldn’t go into too much detail about that.

For a short stint after the Justin Timberlake and Janet Jackson performance, the Super Bowl opted to invite a single, veteran, headlining act, allowing Super Bowl viewers the chance to witness some of the greats on stage. Paul McCartney, The Rolling Stones, Bruce Springsteen, and The Who have all performed there since.

In recent years, the veterans have made way for the most popular stars of today. With Jennifer Lopez, Lady Gaga, Beyonce, and Coldplay all providing electrifying performances, accompanied by pyrotechnics and a dazzling lights show. Fair to say, the half-time show is a great tradition of the Super Bowl - one that we are pleased to see stay.

Super Bowl records - How does your team stack up?

The Super Bowl is the largest sporting event across the US, and the second-largest across the globe, drawing in millions of viewers worldwide. You may tune in to watch the Super Bowl each year, or you may have even been fortunate enough to watch the action unfold live, but did you know these five facts about it?

That’s right, the Super Bowl has been around for over 50 years and will surely see a century and beyond, such is its popularity and staying power. The first Super Bowl. between the Packers and the Chiefs, saw 60 million people tune in and watch. Nowadays, that number is closer to 100 million!

12 teams have never won the tournament

Of the 32 teams which make up the National Football League, 12 have never won a Super Bowl. Of these 12, 4 have never even attended - Cleveland Browns, Detroit Lions, Jacksonville Jaguars, and Houston Texans.

If we can't get ourselves tickets, then a Super Bowl party will have to do. According to stats from 2020, the US consumes roughly 1.4 billion chicken wings on Super Bowl Sunday. Just behind Thanksgiving, the Super Bowl is the highest day for food consumption. Based on my own track record, it's hard to disagree!

The lowest-scoring Super Bowl was the Patriots vs the Rams

New England Patriots defeated the Los Angeles Rams 13-3 at Super Bowl LII. The AFC and NFC champions were tied at 3-3 until the fourth quarter before Sony Michel (Patriots) scored the only TD of the match. With one minute to go, Gostkowski scored a field goal, taking the score to 13-3, and confirming the Patriots Super Bowl victory.

The game has gone to overtime once

Not only did we see the game go to overtime, but, at Super Bowl LI, we also saw one of the greatest Super Bowl comebacks of all time. Exactly 50 years from when it all began, the Patriots came back from 28-3 down, to defeat the Falcons 34-28, in OT.

As we bring our Super Bowl guide to a close, we trust you are now well-equipped with a solid understanding of the biggest sporting event across the US. But, what about this year's Super Bowl?

Never fear, we've got a date for your calendar ready:
Super Bowl LVI will be played at the SoFi Stadium in Los Angeles, CA on February 13, 2022.

All that's left now, is to enjoy the playoffs and await confirmation of who is going to make it to this year's final. With your newfound knowledge, you can be the life and soul of this year's Super Bowl party - just make sure you don't interrupt that electrifying half-time show, get yourself stocked up on wings, hot sauce, and soda, and let the good times roll!

Looking for more sports guides? Why not check out our latest best fantasy sports sites review,

🏈 Where can I watch the Super Bowl?

If you aren't lucky enough to secure some Super Bowl tickets, then there are still plenty of options out there for you. The largest sporting event on the US calendar is broadcast worldwide, so we are confident you'll be able to watch it live at home, at the bar, or via a dedicated live stream across certain online sportsbooks. New to online betting? Don't panic, we at CaptainGambling.com have got you covered.

🎤 Who is going to be singing the national anthem before the Super Bowl?

The national anthem is a Super Bowl staple, so it’s no surprise that the topic - and who gets to do the deed - is at the forefront of everyone’s minds leading up to the event. At CaptainGambling, you can have all your questions answered with our comprehensive US betting guide to everything, from online Super Bowl betting to betting tips for the match itself, and even details on the half-time show.

💰 Can I place a bet on the Super Bowl?

Due to the popularity of the Super Bowl, you can certainly expect a solid selection of sports betting opportunities. However, it is important to note that the legal status of sports betting varies from state to state. Remember to check CaptainGambling.com for news and updates about the state of gambling legalization in your state.

🏆 Why is it called the Lombardi trophy?

The first two Super Bowls were won by the great Green Bay Packers, coached by a man named Vince Lombardi. Considered by many as the greatest football coach of all time, Lombardi had a winning percentage of 73.8%. To find out more about the Super Bowl, make sure to head on over to CaptainGambling.com

⭐ Are the Dallas Cowboys the best team?

For many years, the Dallas Cowboys were considered one of the best teams across the NFL. They have featured in the Super Bowl eight times, becoming Super Bowl champions five times. To find out how your favored team compares, check out our latest guide on CaptainGambling.com.

Betting provides many more options and opportunities than simply taking a guess ...

When it comes to finding the finest online betting operators, nothing causes ...

Despite a rather complicated legal history, the finest online operators in the ...